The Oil of Rome

History of olive oil, the Green Gold of the ancient Rome, 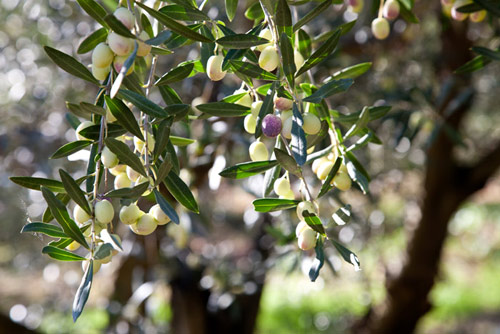 The origins of olive oil

The history of olive oil has begun a very long time ago: as early as 5000 BC olive cultivation was practiced in the Middle East regions, and, from there, it later spread along the coasts of the Mediterranean, Africa and southern Europe.

Provisions relating to the production and trade of oils were present in the famous Babylonian Hammurabi Code of the nineteenth century. B.C.: this shows that the art of olive growing was known and widespread in the fertile region of Mesopotamia.

Olive branches decorated the tombs of Egyptian pharaohs to ideally accompany them in the afterlife as symbols of life and fertility, gifts of the gods.

Thus we owe then to the Phoenicians, with their extensive trades across the sea, the dissemination and knowledge of the precious "green gold" among all the greatest people of the Mediterranean, especially in Greece, where it was marketed as food but as well as a medicine, ointment, cosmetic and even as a protection for athletes and warriors.

It was said that Athena won the contest with Poseidon because she offered the olive tree to the human beings: an immortal tree that would have guaranteed them nourishment, care, strength and light for homes and which was considered so sacred that the cut of even a single one was punished with death or exile.

The cultivation of olive trees spreads in Latium, the Land of Rome 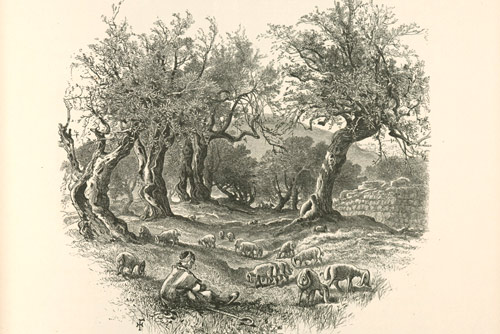 The spreading of olive growing across Latium since the seventh century BC is substantiated by numerous archaeological finds; in the princely tombs of Latium and Etruria, in fact, the more ancient oil containers generally seem to have been imported, but later, during the seventh century. B.C. a local production of these vases started: they were not only little containers of fragrant essences derived from olive oil, but also larger ones used to carry locally produced edible oil.

The italic populations of Latium, especially the Etruscans and the Sabines thus contributed significantly to the development of the olive growing and olive oil production techniques. The same ones which, later, were refined and disseminated by the Romans.

Rome introduced and promoted the cultivation of olives in the conquered territories, favoring the final spread throughout the Mediterranean region. Olive oil became one of the cornerstones of the Roman economy to such an extent that a new profession was established: that of "negotiatores oleari", a sort of broker whose tradingstook place in the "Arca olearia", a real commodity exchange specializing in buying and selling olive oil.

Oil Rome, an ancient duo: Rome and the techniques of producing olives and olive oil 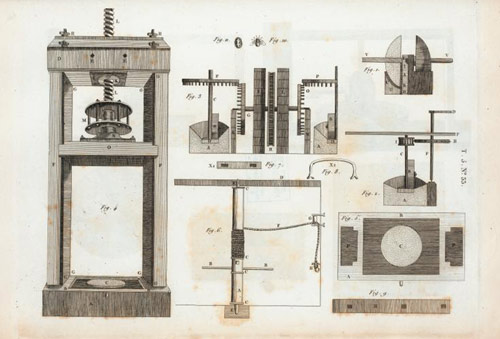 The Romans knew the product well enough to develop techniques that remained almost unchanged until the '900: the pressing of the olives was done by means of the "trapetum", a sort of large mortar, or by means of the "mola olearia", a stone wheel with an adjustable base so to not entirely crush the kernels of olives.

The olive paste obtained by crushing was placed inside a "torcular", a press which was powered by lever, winch or screw and aimed to extract the juice. The oil, mixed to vegetation water, was then conveyed into a clay container and then poured into larger containers where, exploiting the rising of the olive oil to the surface, it became possible to eliminate the sludge. The oil that was obtained could differ in quality, and depending on this difference, its value and its use changed. The various categories of oil were already very clearly identified in ancient Rome: :

The Romans and the quality of olive oil: a history like today's 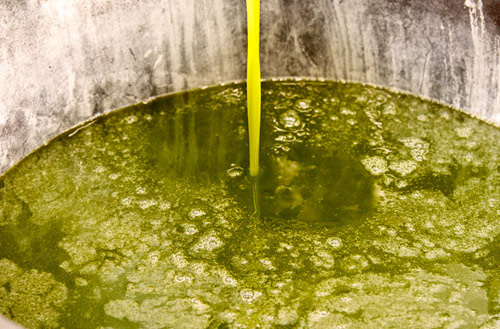 First to classify the oils according to their characteristics, the Romans were also precursors in the definition of the technical and theoretical principles that are still at the base of the production of a high quality oil.

In the writings of Cato, Varro, Columella - just to mention some of the most famous Roman authors - a deep knowledge had been focused, of which we are now the proud heirs.

An edible oil should be good, pleasant to the taste, but also both healthy and nutritious; all these qualities can be achieved only by respecting a strict "product specification", like the one included by Cato (234 a. C. - 149 BC) in his treatise "De Agricultura". The way in which Cato explains that, among the olive harvest and the extraction of the oil, the shortest time as possible should pass is exemplary:
"Olea ubi lecta siet, oleum fiat continuo, ne corrumpatur" wrote the Censor, "When the harvest is accomplished, you must crush the olives as quickly as possibile so that the oil not spoil then he continues admonishing "Si in terra et tabulato olea nimium diu erit, putescet, oleum foetidum fiet : ex quavis olea oleum viridius et bonum fieri potest, si tempori facies" If the olives will stay a long time in the ground or on the boards, the oil will be fetid and it will stink: a very green and good oil can be obtained from every variety of olives if you do it in time.

Probably more than one Latin farmer must have paid attention to the old writer because the oil of Rome and of surrounding areas - as a matter of fact the territory of the current Latium region - has enjoyed since ancient times an excellent reputation that set this oil apart from other oils of different origins, of much lower quality.